This grant is being used to restore the roofs of two buildings at El Milagro, originally known as the Twin Falls Migratory Farm Labor Camp. El Milagro neighborhood was built by the Farm Service Agency (FSA) in 1939. The intention of its construction was to house both migrating farmworkers and farmworkers who wanted to settle in Idaho year round. At its peak, it housed approximately 900 people.

Burton D. Cairns(featured at MoMA in 1944) designed the buildings while Garret Eckbo designed the landscape architecture for the camp. 24 farm labor houses, 36 barrack style houses, a managers house, a community building, a central utility building with showers and laundry, 3 comfort stations with toilets and wash basins, a health clinic, a water storage supply, a sewage system, a gatehouse, recreation facilities including a baseball field and two basketball courts were part of the first phase of the construction completed in 1939. 23 farm labor houses, 23 tool sheds, several garages, and other facilities were completed in the second phase in the spring of 1940. Farm labor houses typically housed families who lived and worked in Twin Falls year round while the barrack style houses typically housed seasonal migrant workers, due to lack of running water and insufficient insulation. The FSA would close the barracks after harvest in the fall and reopen them during planting in the spring.

By June 1940, 41 families were living at the camp. They were predominantly white and likely from Arkansas and Oklahoma although most migrant farmers living in the Northwest came from the Midwest. In 1942 Japanese American prisoners from Minnidoka, as well as from other internment camps across the west, arrived at the camp to work in the agriculture industry. By the mid 1940s in alignment with government initiatives to address the labor crisis that threatened farm production, people from various backgrounds were living at the camp including Native Americans, Jamaicans, Mexicans, White migrants from the Midwest and South, German and Italian prisoners of war, and conscious objectors.

Beginning in 1942, The Bracero Program, also known as the Mexican Migrant Worker Program, originated from these same initiatives addressing the labor crisis. World War II drained the previous work force into wartime industrial jobs and the military. While Braceros dominantly had agricultural contracts, some worked in railroad construction and maintenance. By 1946, the closest Mexican consulate to Idaho in Salt Lake City, Utah refused to send additional workers until conditions improved. Although the Bracero Program ran through 1964 throughout the country, in Idaho it ended in 1948 due to continued discrimination and substandard living and working conditions. Many Latinos remained in their community well past their contract expiration. Some workers moved between Idaho, Texas, and California throughout the year. Latino community member Esperanza Garcia first moved to Idaho in 1955 when her family was recruited from Texas by Idaho farmers. She remembers there were signs in businesses that said ‘No Dogs or Mexicans Allowed’.

While the need for agricultural laborers has declined largely due to industrialized agriculture, there is still a growing need in Magic Valley for low income housing and seasonal laborers.

For more information please contact Mr Terry Blom from the Community Council of Idaho at tblom@ccimail.org. 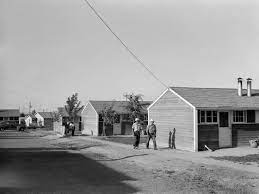 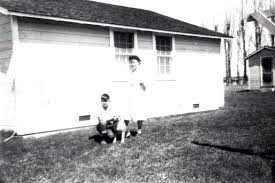 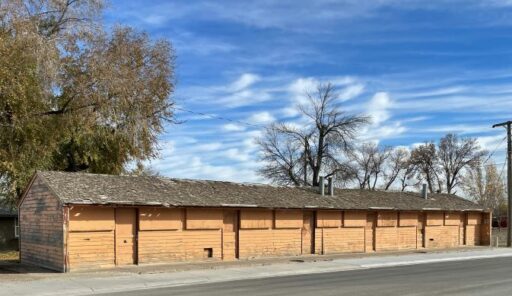