IDAHO’S HERITAGE CONFERENCE – What can you do to preserve Idaho’s Heritage?  Join us in Pocatello September 27-30, 2021 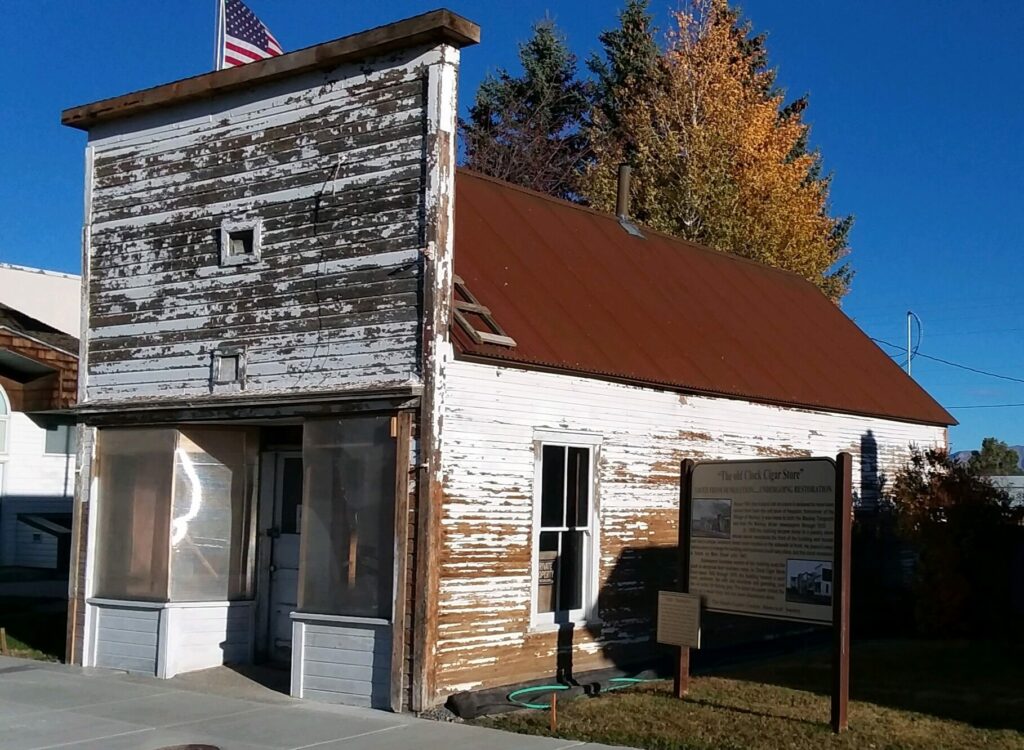 Part of a larger project to restore the 120-year-old historic building, Hoover said society members got lucky with the grant. Hoover, who doubles as the Lost Rivers Museum curator, said they originally applied for $5,000 from the trust. However, because the trust doles out money based on regions, and there were only two projects in Mackay’s region which applied, additional money was awarded.

Society members exhausted all options when trying to find the original clock, so they’ve settled on a replica, Hoover said. First installed when the Cigar Store was a jeweler’s shop in 1919, the original clock fell down sometime in the 1940s. Hoover theorized after years of wear and tear, the bolts anchoring the clock to the ground gave out. After it fell, the clock was either taken to the dump or scrapped for metal, Hoover said.

Installation of the new clock will begin this spring. It is being built now. Hoover said society members went through a lot of trouble to make sure the clock looks as authentic as possible. And once it arrives, Hoover said they’ll see to it the clock is put in securely so as not to repeat the past.

“We don’t want it to fall down like the other one,” Hoover said. Standing 14 feet tall on Main Street, Hoover said they’re particularly concerned with high winds and possible auto accidents.

The new clock should be bolted down and standing in Mackay sometime next summer, Hoover said. However, the time frame is subject to change. Because the coronavirus prevented society members from meeting regularly this summer, work on the Cigar Store slowed. Hoover said they’ve already committed to other parts of the project, such as restoring the original stained-glass windows.

Despite the obstacles, Hoover said society members will keep going on the restoration. When they began the project in March 2018, Hoover said they knew they would be in it for the long haul, but “we’re in no hurry.”

Original Source from The Challis Messenger By Hunter Diehl

Keep up with the Idaho Heritage Trust