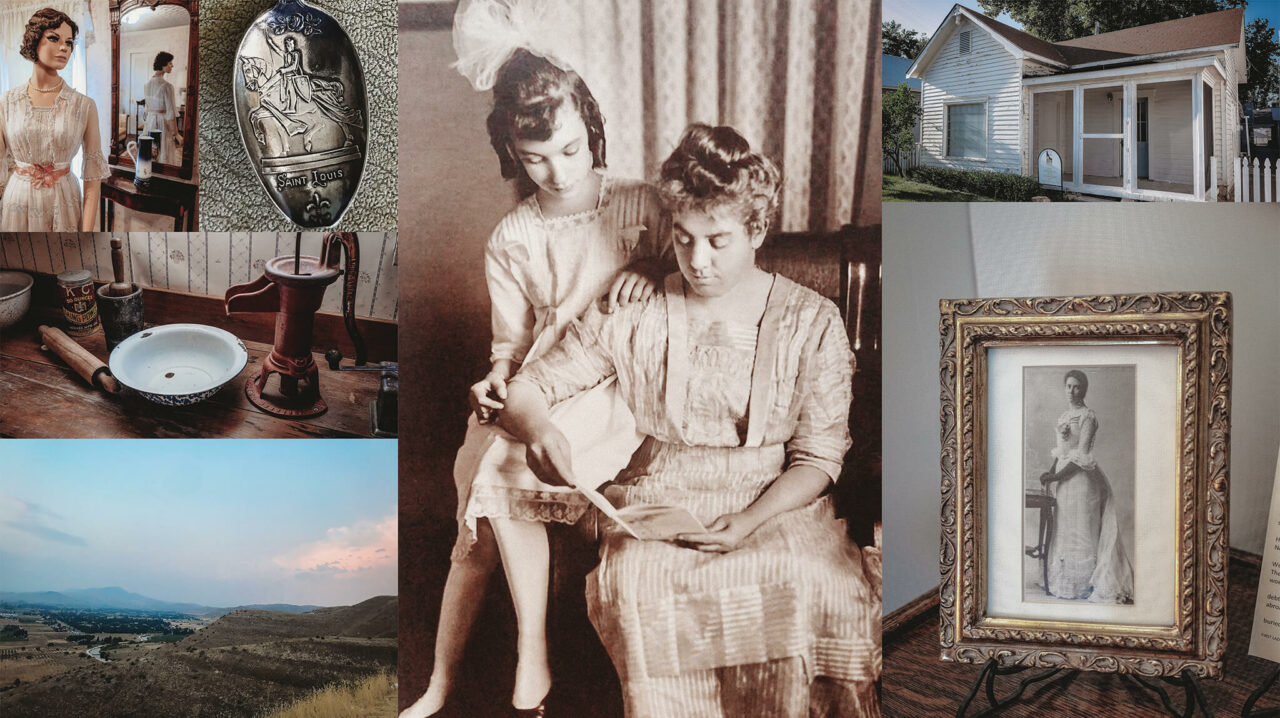 As a young girl from the pioneer town of Barber, Ruth Maynard never dreamed she would rise to prominence in Idaho as a young First Lady. Ruth grew up on her family’s ranch, where she learned to ride horses and use a rifle alongside her brothers. While attending school, Ruth learned to play the violin and her talent was well known throughout Boise. When she was only twenty-six, her husband Frank Hunt was sworn in as the fifth Governor of Idaho, thrusting Ruth into the role of “Mrs. Governor” or “First Wife”. Women gained the right to vote in Idaho in November of 1896, one of the first states in the union to do so.

Ruth received a signed letter from Carrie Chapman Catt, President of the National American Woman Suffrage Association dated May 20, 1901, requesting her to make an appearance at the Convention and encouraging her to speak unless she was “…one of the timid ones who do not venture in this way.”  Catt said, “It would be a real inspiration to have a Governor’s wife from one of the enfranchised States.” Susan B. Anthony also contacted her via telegram to reach Ruth as she traveled back home to Idaho from a visit to New York City.

Although her speech was not preserved, there are reports in newspapers of the time.  A Minneapolis newspaper said she told the convention “…in 1898, 95% of the Idaho women voted, and that their vote made it possible for good men and women to be elected without seeking the support of the saloon vote.”  The saloon vote references the “good ol’ boys” trying to protect their corrupt interests in part by suppressing the women’s suffrage movement.

Throughout her life, Ruth was a role-model for independent women. After her husband died in 1906 at the age of 44, Ruth and her daughter Katherine built a remarkably successful life for themselves, even though they were left nearly destitute from financial claims on her husband’s debts. She faced eight lawsuits, fought each one of them, and successfully won each case.

Ruth was certainly a woman of great emotional strength and business sense. She purchased 500 shares of stock in the Bull Frog Gold Bar Mining Company dated 1909, which was most likely informed by her late husband’s mining investments. She and her daughter went on to buy local properties in Emmett and, in modern terms, “flipped houses”. The pair garnered a substantial amount of wealth and enjoyed travels around the world.

Ruth died suddenly in 1952 in Emmett and is buried next to her husband in Boise’s Pioneer Cemetery.  Katherine left her family’s possessions, including her father’s office from his political days, to the Gem County Historical Museum which is housed next door to the museum in The Hunt House. The Idaho Heritage Trust is proud to have provided grants to restore and maintain The Hunt House, preserving the story of these extraordinary women for future generations.